Try to avoid these common mistakes during Prayers !

Request you to kindly go through the demonstrations as to how important each act of our prayer is. We have to offer our salah as our Beloved Nabi SAW offered and asked us to offer.


Prophet Muhammad SAW said 'The coolness of my eyes lies in Salah'. Just contemplate as to what is in Salah that it gave him so much pleasure and peace that our Nabi SAW asked us to start our day with Salah and also end it with Salah. Even during the time of his death the advice that he offered to his SAW's umath at large
to take care of the rights of their slaves and salah.


Spacing is determined by matching your legs space with your shoulder to shoulder distance!!! 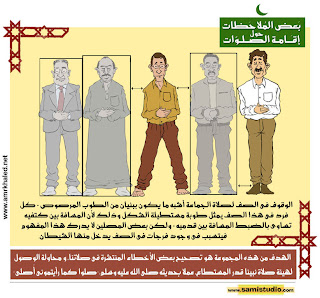 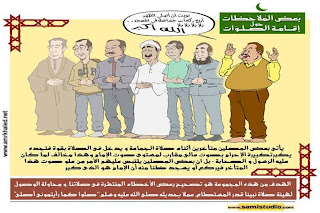 Bad smelling breath from mouth due to eating some type of foods (onions and garlic) or from clothes (socks, unclean clothes) are annoying to other people and should be avoided as per our Islamic teaching. 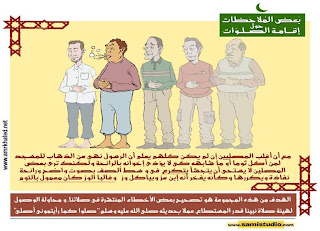 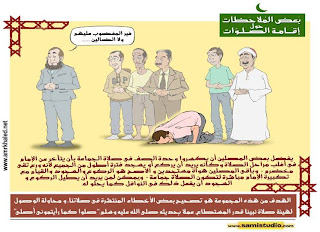 Yawning during prayers is wrong, try to avoid it……….

Will you do this if you are meeting an important person at work?

Remember, when you feel like Yawning, that you are facing ALLAH so, try to suppress it and you succeed…. Respect your presence in front of Allah and HE will respect your salah. 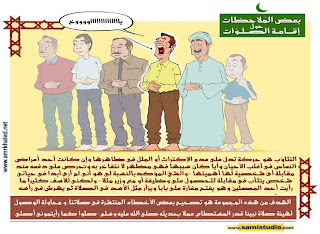 New line start MUST be directly behind the IMAM wherever he is. People start their Jamma Salah some times in a corner. That is wrong. 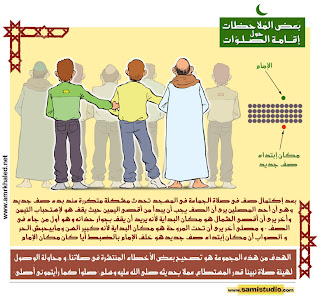 The IMAM reads loudly and you should listen, but not that you read loudly and others are disturbed by your reading… in fact IMAMS reading is enough for all behind him. 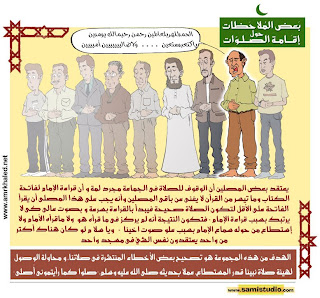 Some other Common Mistakes !


Mistake 1: Reciting Surat al-Fatiha fast without pausing after each verse.

The Prophet (SAW) used to pause after each verse of this surah. (Abu Dawood)

Mistake 2: Sticking the arms to the sides of the body, in rukoo' or sujood, and sticking the belly to the thighs in sujood.

The Messenger of Allah (SAW) said: 'Let not one of you support himself on his forearms (in sujood) like the dog. Let him rest on his palms and keep his elbows away from his body.' (Sahih Muslim) . The Messenger of Allah (SAW) used to keep his arms away from his body during rukoo' and sujood that the whiteness of his armpits could be seen (Sahih Muslim). 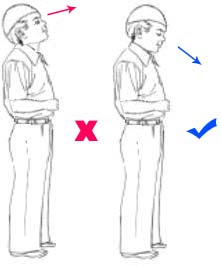 This may cause loss of concentration. We are commanded to lower our gaze, and look at the point at which the head rests during sujood. The Prophet (SAW) warned: 'Let those who raise their gaze up during prayer stop doing so, or else their sights would not return to them. i.e. lose their eyesight].' (Muslim)

Mistake 4 : Resting only the tip of the head on the floor during sujood. 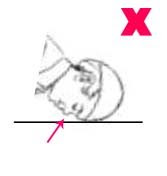 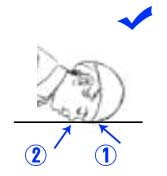 The Prophet (SAW) said: 'I am commanded to prostrate on seven bones the forehead and the nose, the two hands [palms], the two knees, and the two feet.' (Sahih Muslim) Applying the above command necessitates resting the forehead and the nose on the ground during sujood.
Mistake 5 : Hasty performance of prayer which does not allow repose and calmness in rukoo' or sujood. 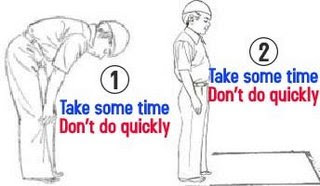 The Messenger of Allah (SAW) saw a man who did not complete his rukoo' [bowing], and made a very short sujood [prostration] ; he (SAW) said: 'If this man dies while praying in this manner, he would die upholding a religion other than the religion of Muhammad.' Abu Hurairah (RA) said:

'My beloved friend, Muhammad (SAW) forbade me to perform postures of prayer copying the picking of a rooster; (signifying fast performance of prayer), moving eyes around like a fox and the sitting like monkeys ( i.e. to sit on thighs).' (Imam Ahmad & at-Tayalisi) The Messenger of Allah (SAW) said: ' The worst thief is the one who steals from his own prayer.' People asked, 'Messenger of Allah! How could one steal from his own prayer?' He (SAW) said: 'By not completing its rukoo' and sujood.' (At Tabarani & al-Hakim). 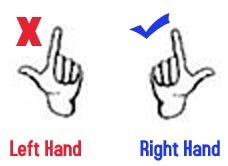 The Messenger of Allah (SAW) said: 'They (the fingers) will be made to speak, and will be questioned (on the Day of Resurrection. )' (At-Tirmidhi) .. The above Hadeeth indicates that it is preferable to count tasbeeh on the fingers of the right hand than to do so on masbahah (rosary).
Mistake 7 : Crossing in front of a praying person. 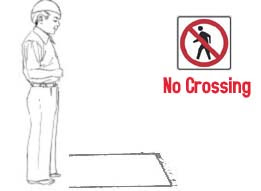 The Messenger of Allah (SAW) warned: 'Were the one who crosses in front of a praying person to know the consequences of doing so, he would have waited for *forty better than to cross in front of him.' (Sahih Bukhari and Muslim). *The forty in the tradition may be day's months or even years. Allah knows best.
Common Errors in Prayer That MUST Be Avoided - Please inform your near and dear ones to take care of the above.

Remember Muslim Ummah in your supplications

Try to avoid these common mistakes during Prayers !