The Sunnah With Regard To Siwak!

The Sunnah With Regard To Siwak 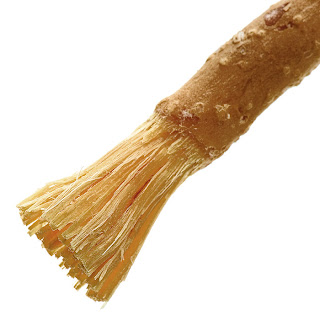 Siwak means cleaning the mouth and teeth with a siwak, which is the name given to the tool used. The siwak is a stick or twig used for this purpose. Siwak is a method of cleaning the mouth which also earns the pleasure of Allah, as is proven in the hadith of Aishah (may Allah be pleased with her) who said: "The Messenger of Allah (peace and blessings of Allah be upon him) said, 'Siwak cleanses the mouth and pleases the Lord.'" (al-Bukhari, Ahmad and al-Nisa'i)
Use of the siwak is repeatedly encouraged, as in the hadith of Abu Hurayrah (may Allah be pleased with him), who reported that the Prophet said: "Were it not for the fact that I did not want to make things too hard for my Ummah (nation), I would have commanded them to use the siwak at every time of prayer." (al-Bukhari and Muslim). According to another report narrated by al-Bukhari, he said: "…at every time of making wudoo'."

Imam al-Nawawi reported that the respectable scholars were agreed that the use of siwak is sunnah and is encouraged. One of the signs of its importance is the fact that some of the salaf (early generations of Islam), such as Is'haq ibn Rahwayh, thought that it was obligatory.

Times When the Use of Siwak Is Recommended

Siwak is recommended at all times of the night and day because of the general sense of the hadith quoted above from Aishah, "Siwak cleanses the mouth and pleases the Lord." The scholars have also mentioned situations where the use of siwak is even more strongly encouraged. These include: When making wudoo' and at times of prayer as already stated above. Other situations are:

1. When entering one's home to be with one's family: Aishah (may Allah be pleased with her) was asked what the Messenger of Allah (peace and blessings of Allah be upon him) did when he first came home. She said: "When he entered his house, the first thing he would do was use the siwak." (Muslim)

2. When getting up from sleep: Hudhayfah ibn al-Yaman (may Allah be pleased with him) reported that when the Prophet (peace and blessings of Allah be upon him) got up during the night, he would clean his mouth thoroughly with the siwak. (al-Bukhari and Muslim).

3. When the smell of one's mouth changes: Siwak is cleansing for the mouth, which means that it should definitely be used when the mouth needs cleaning, whether this is because of eating food with a strong odor, or because of not eating or drinking for a long time, etc.

4. When going to the mosque: Using siwak is a part of the adornment that we are commanded to wear for every prayer, as Allah says (interpretation of the meaning): "O Children of Adam! Take your adornment while praying…'" [al-Aa'raf 7:31]. It is also important because the angels are present in the mosque, and one is going to meet with other worshippers there.

5. When reading Qur'an and joining gatherings in which Allah is remembered (dhikr), because the angels are present on such occasions.

The scholars (may Allah have mercy on them) are agreed that there is nothing wrong with using siwak during the day when one is fasting, but they differed with regard to using it after noon, which some of them disliked (regarded as makrooh). The correct view is that it is sunnah for one who is fasting, just as it is for anyone else, because of the general sense of the reports that prove it is sunnah.

The Prophet (peace and blessings of Allah be upon him) did not make any exceptions or state any specific time, and a statement that is general in nature should continue to be taken as general unless there is evidence to indicate that it is specific in application. The hadith used as evidence to forbid using siwak after noon is attributed to Ali ibn Abi Talib (may Allah be pleased with him), who is quoted as saying that the Prophet (peace and blessings of Allah be upon him) said: "When you fast, use siwak in the morning but do not use it in the afternoon." (al-Daraqutni. This is a weak hadith. Ibn Hajar said: a weak isnad). There is no proof that this can be attributed to the Prophet .

With regard to the use of the hadith "The odor that comes from the mouth of the fasting person is better in the sight of Allah than the scent of musk" (al-Bukhari and Muslim) as evidence, this mouth odor will not be dispelled by use of siwak because it is caused by the stomach being empty, and it could occur early in the day if a person has not eaten suhoor.

All the scholars are agreed that it is permissible for a fasting person to use siwak early in the day. This shows that the use of siwak is encouraged even when fasting, and there is no difference between using it early in the day or later on.

What Should Be Used for Siwak (Cleaning the Mouth):

The scholars are agreed that the best thing for cleaning the mouth is the twigs of the Arak tree, because of its good smell, and because it has brush-like fibers which are effective for cleaning food particles etc. from between the teeth, and because of the hadith of Abdullah ibn Masood (may Allah be pleased with him) who said: "I used to gather siwak sticks from the Arak tree for the Messenger of Allah (peace and blessings of Allah be upon him)." (Ahmad).

If Arak twigs are not available, the scholars recommended using palm-leaf stalks, or twigs of the olive tree. The ahadith that have been narrated concerning this, however, are not sound. The correct view is that any kind of sticks that are cleansing and not harmful may be used instead of siwak, if it is not available, to clean the mouth and remove dirt from the teeth. This includes modern toothbrushes, which are known to be beneficial in this regard.
Things That May not Be Used for Siwak:

The scholars have stated that it is forbidden to use poisonous sticks, things that are not pure, and anything that may cause bleeding, illness or any other harm.
Attributes of Siwak:
The scholars have described the siwak as a stick of medium length and thickness, no thicker than one's little finger, and free of knots. It should not be so wet that it will twist, because then it will not remove dirt, nor should it be so dry that it will hurt the mouth or crack during use. No doubt this is describing the ideal, otherwise the reports do not specify any particular type of siwak. It is permissible to use any kind of siwak that will do the job.

How to Clean the Mouth with Siwak:

The scholars have differed as to whether siwak should be done with the right hand or the left hand. One group - the majority - think that it is better to use the right hand, because of the general meaning of the hadith narrated by Aishah (may Allah be pleased with her), who said: "The Messenger of Allah (peace and blessings of Allah be upon him) liked to start with the right when putting on his shoes, dismounting (from his camel), when cleaning himself and in all things." (Agreed upon). They also say that siwak is an act of worship and drawing closer to Allah, so it should not be done with the left hand.

Other scholars say that it is better to use the left hand for siwak, because it comes under the heading of removing dirt. This is the well-known opinion of Imam Ahmad's madhhab, and it is the view favored by Shaykh al-Islam Ibn Taymiyyah (may Allah have mercy on him).

Some scholars have said that when a person is using siwak with the intention of following the sunnah, he should use his right hand, and if he is doing it to remove dirt, he should use his left hand. The fact of the matter is that this issue is open, as there is no definitive proof or report, and every opinion has a valid point.

The scholars suggested that when using siwak, a person should start on the right, and use a side-to-side motion rather than up-and-down, as the latter may harm the gums.

Among the etiquette of using siwak, they mentioned the following: That a person should not use the siwak in front of others or in public, because this is impolite and that the siwak should be washed after use, to get rid of any dirt that may be on it. Aishah (may Allah be pleased with her) said: "The Prophet (peace and blessings of Allah be upon him) used to use siwak, then he would give it to me to wash it. I would use it first, then wash it and give it back to him." (Abu Dawood). The siwak should be kept in a clean place.

The scholars differ as to whether it is acceptable to use one's fingers to clean one's mouth when there is nothing else available. The correct view is that using the fingers cannot be considered as a substitute for the sunnah action, because there is no basis in Islam for doing so, and this method does not clean the mouth as a siwak or similar instrument does.

Modern methods of cleaning the teeth, like toothbrushes and so on, that remove dirt and make the mouth smell good, are acceptable.

There is nothing wrong with using siwak that is flavored with mint, lemon and so on, so long as they do not cause any harm. But a person who is fasting should avoid using any flavored siwak, and should only use natural siwak when he is fasting.

The Sunnah With Regard To Siwak!