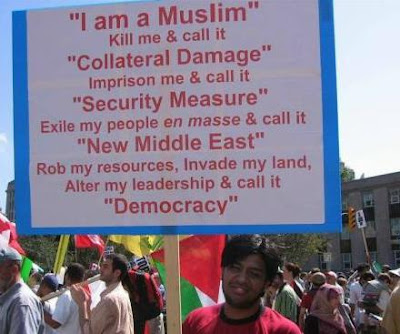 But when Muslim does the same, he is an extremist and terrorist!

A nun can be covered from head to toe in order to devote herself to God, right? 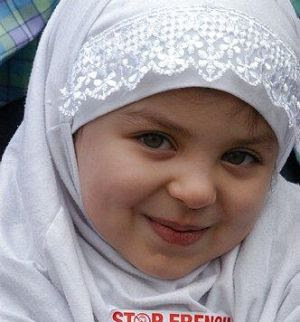 But, then, if a daughter of Muslim-Ummah does the same, why is she oppressed?

But when a Muslim woman does so by her will, they say, "she needs to be liberated"!

When
a western women stays at home to look after her house and kids she is
respected because of sacrificing herself and doing good for the
household?

But when a Muslim woman does so by her will, they say, "she needs to be liberated"!

Any girl can go to university wearing what she wills and have her rights and freedom?

But when Muslimah wears a Hijab they prevent her from entering her university!

When a child dedicates himself to a subject he has potential.

But when he dedicates himself to Islam he is hopeless!

When
a Christian or a Jew kills someone religion is not mentioned, but when
Muslim is charged with a crime, it is Islam that goes to trial!

When someone drives a perfect car in a bad way no one blames the car.

But when any Muslim makes a mistake or treats people in a bad manner - people say "Islam is the reason"!

When someone sacrfices himself to keep others alive, he is noble and all respect him.

But
when a Palestinian does that to save his son from being killed, his
brother's arm being broken, his mother being raped, his home being
destroyed, and his mosque being violated -- He gets the title of a
terrorist! Why? Because he is a Muslim!

When there is a trouble we accept any solution? If the solution lies in Islam, we refuse to take a look at it.

Without looking to the tradition of Islam, people believe what the newspapers say.

But question what the Quran says!

That's absolutely right.. people tend to listen to the media or information given by other people, but they won't even bother knowing what Islams believe in and what they really are..